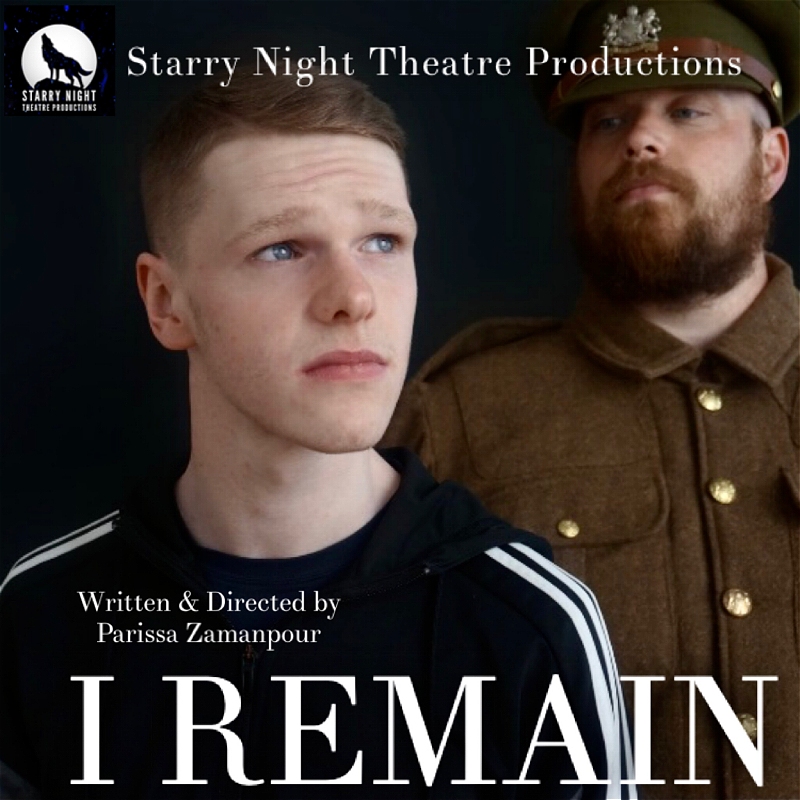 ‘I Remain’ is a one act drama based on the true story of the writer’s great, great, grandfather, Private Harry Hayes of the Manchester Pals 17th Battalion of the First World War.

The play follows the story of Will, Harry’s great, great, grandson, a rebellious teenage boy struggling to come to terms with his demons. Whilst staying at his grandma’s house, Ada, to escape the troubles he faces at home, he stumbles across a box of old photos. Amongst the photos he finds an old picture of a soldier; Harry Hayes. Along with the photo, Will finds a stack of letters written by Harry whilst in the trenches in France in 1916.

Will becomes absorbed into these letters and Harry is once again brought to life through the words of the past.

The play is a look at the struggles of mental health, and finding solace in the little things that we least expect by discovering the powerful connection of our forgotten ancestors, that may be the key to finding the light in times of darkness.

For Will, Harry might just save is life… more than 100 years later.