Not Drunk but Disorderly 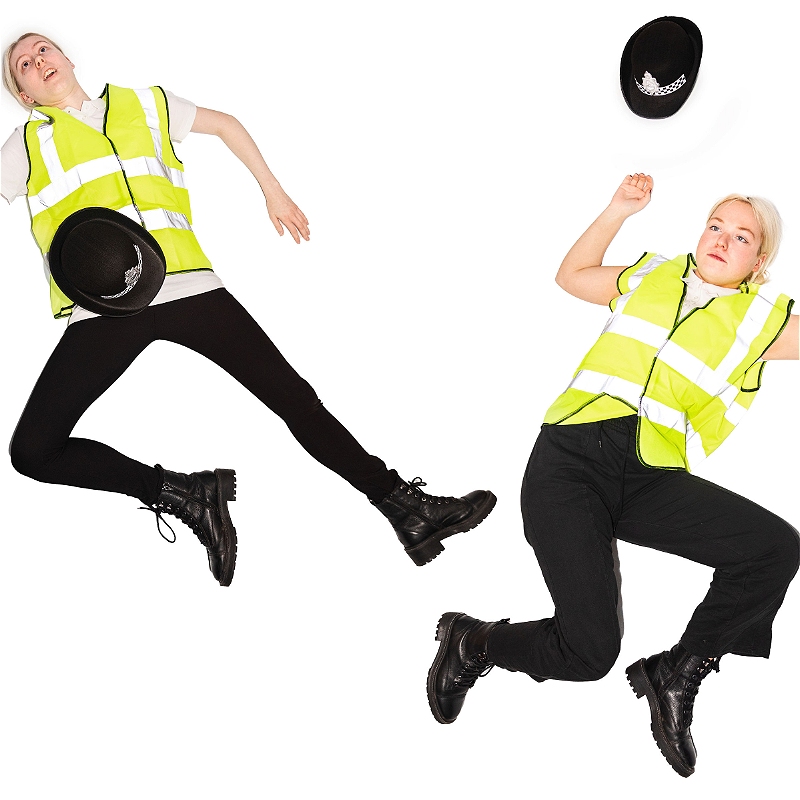 Howard and Geoffrey are local police officers who don’t know how to office. Nine residents, one murder. Two actors, nine characters. Trouble is easy to find, but a murderer isn’t. When called to the scene, Howard and Geoffrey not only have to find the perpetrator but also find the dead body that they somehow managed to lose.

Not Drunk but Disorderly is a physical comedy that entertains, humours and mocks each other and the society we live in. A live theatre performance that fundamentally focuses on the characters and relishes in the going wrong. Use of song, dance, rhyme and wit that ultimately entertains an active audience through interaction and participation. Hindley & Amos politically challenge and find humour in the horror.

Murder mystery meets Dumb and Dumber. But they’re both Dumber. Whodunit? Dunno. But they’ll find out. The long way round.