< Back to search results
On Me 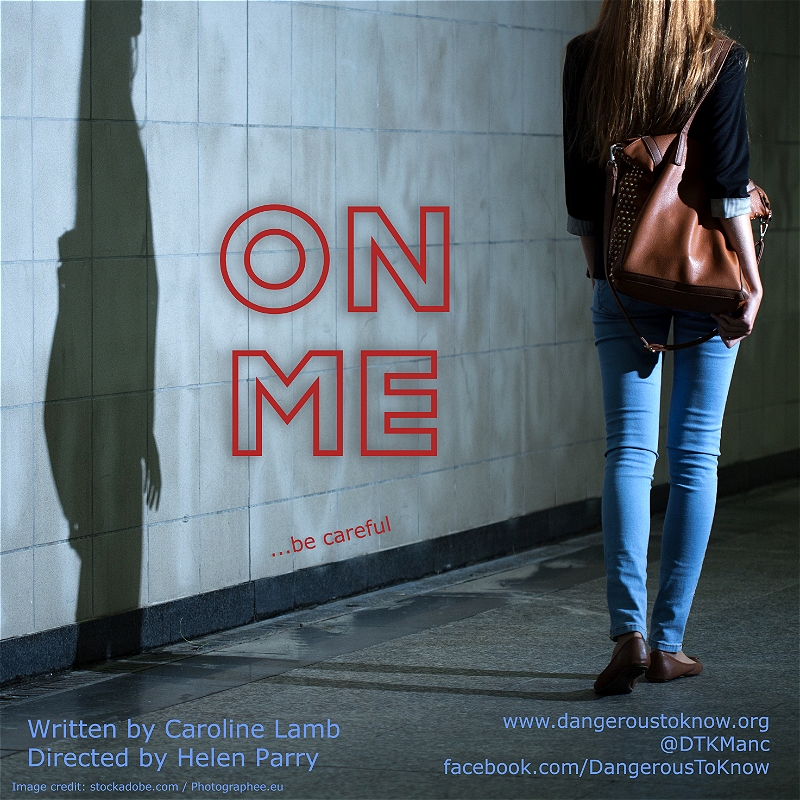 Taking place on an imaginary film set, this vital new play from Manchester theatre company Dangerous To Know asks how we can be role models, allies, potential victims and spontaneous romantics all at once.

Written by Caroline Lamb and directed by Helen Parry, On Me delves into some unique and uncomfortable questions with a combination of sensitivity and bare-faced honesty.