< Back to search results
Potatohead 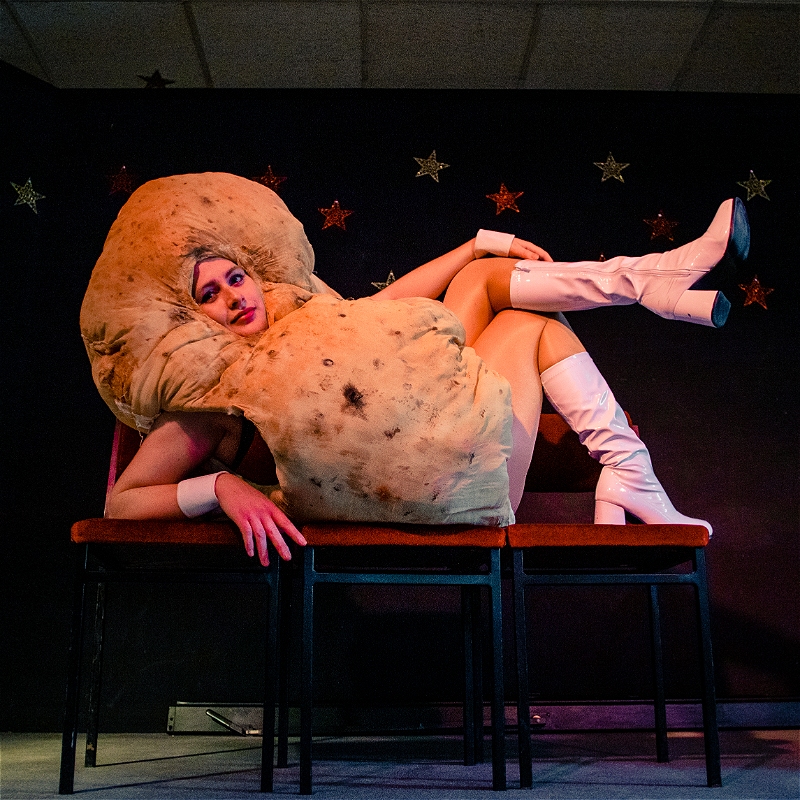 "Potatohead" is a starch raving mad adaptation of Doctor Faustus and the Seven Deadly Sins... with puppets. An original piece of new writing by puppeteer and performer Freddie Hayes, directed by Sh!t Theatre. Freddie Hayes is a new potato on the comedy with her debut 1 hour solo show involving puppetry, stand-up comedy, physical theatre, film, singing, dancing and plenty of potatoes. “Potatohead” tells the story of a humble spud Charlotte, who dreams of becoming a stand-up comedian. But how does a couch potato grow to become a golden wonder?